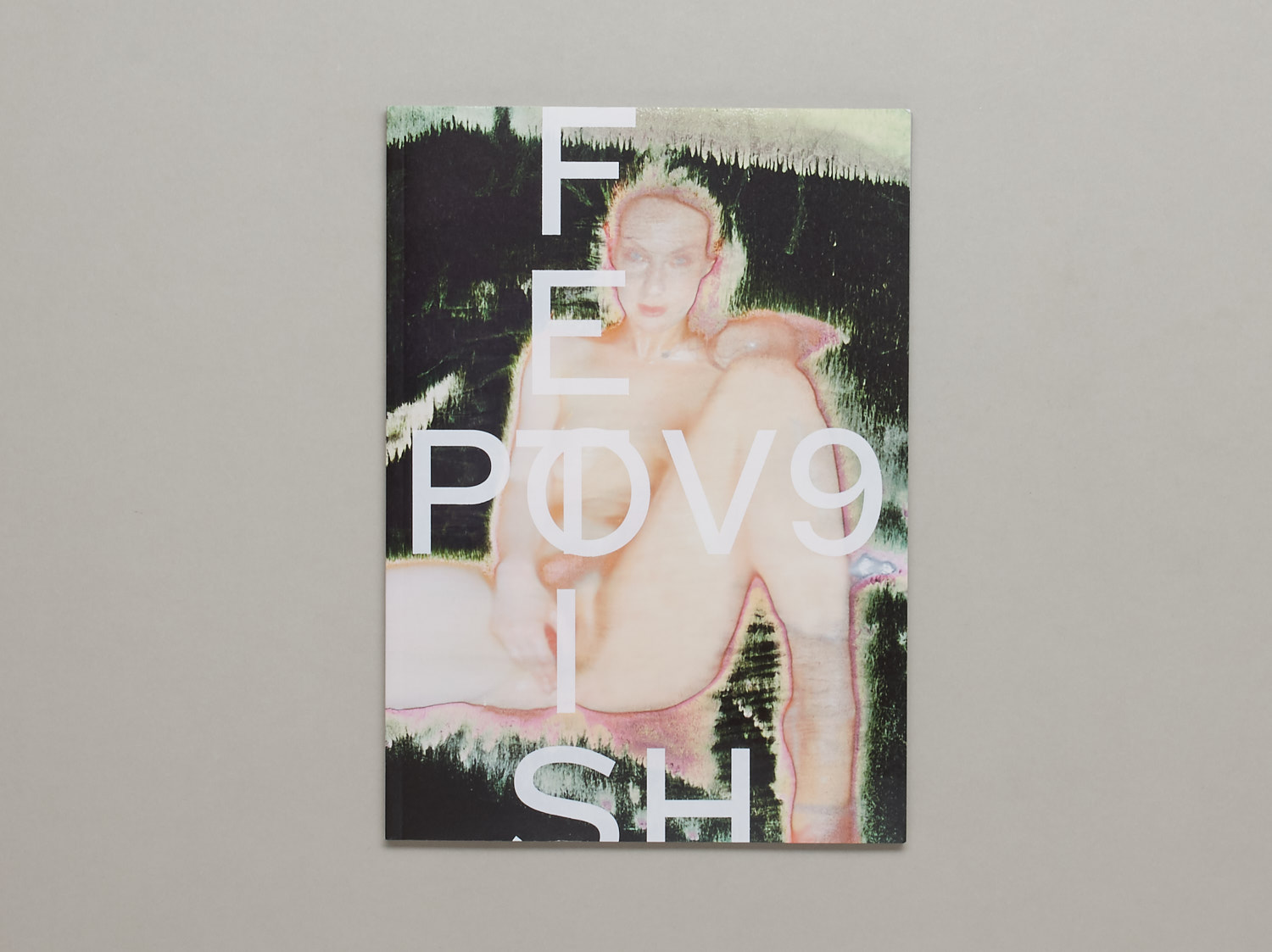 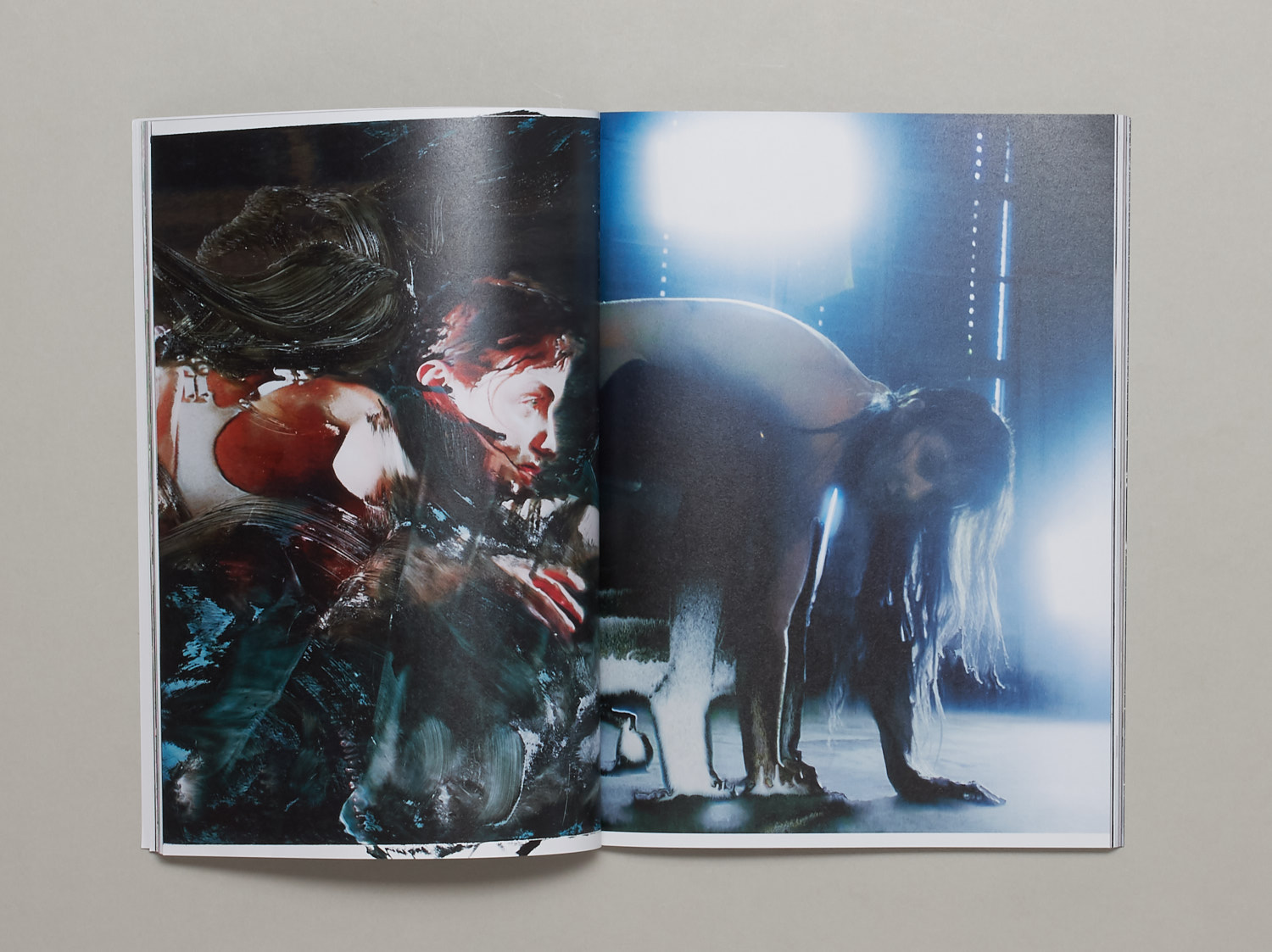 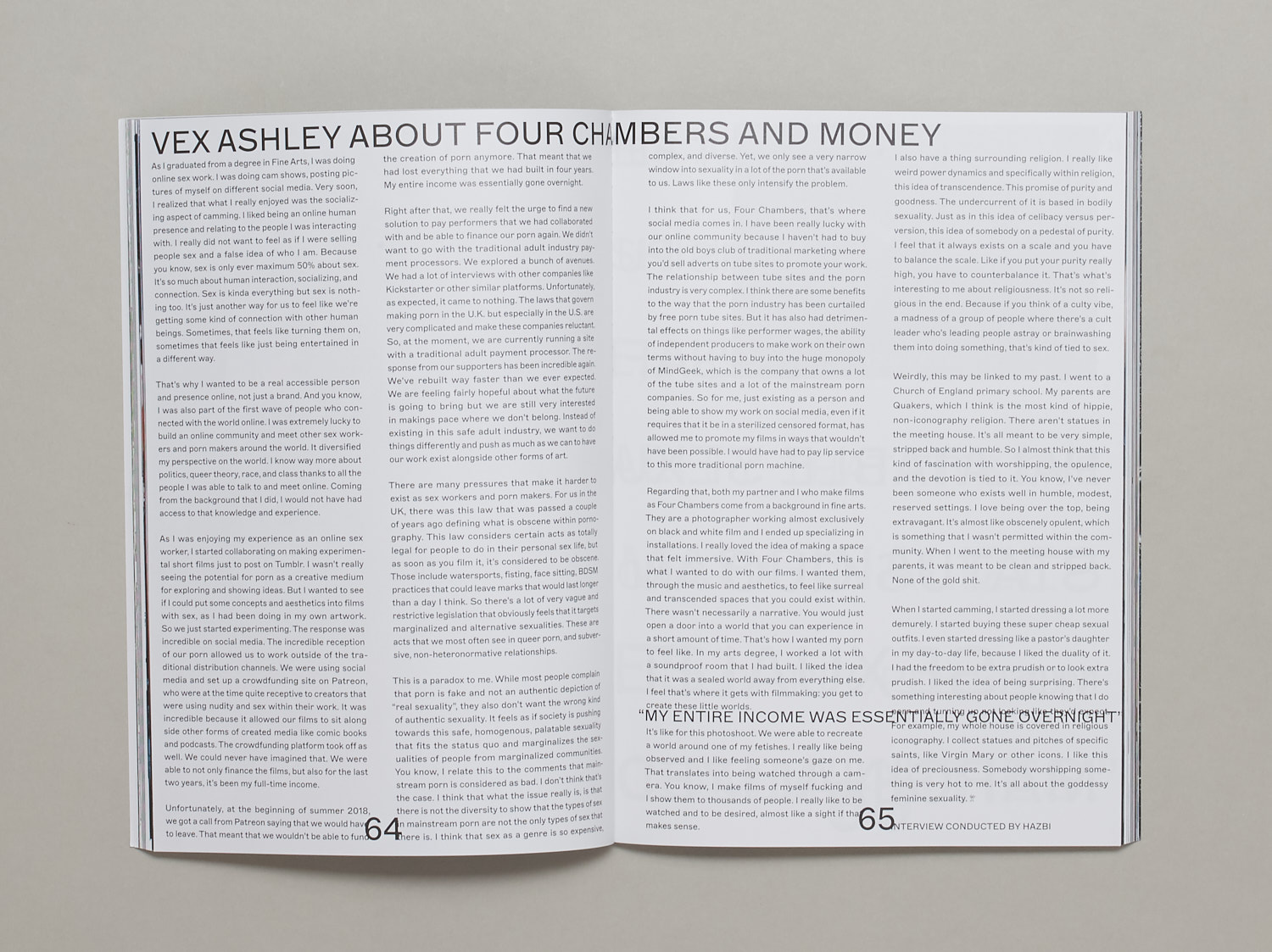 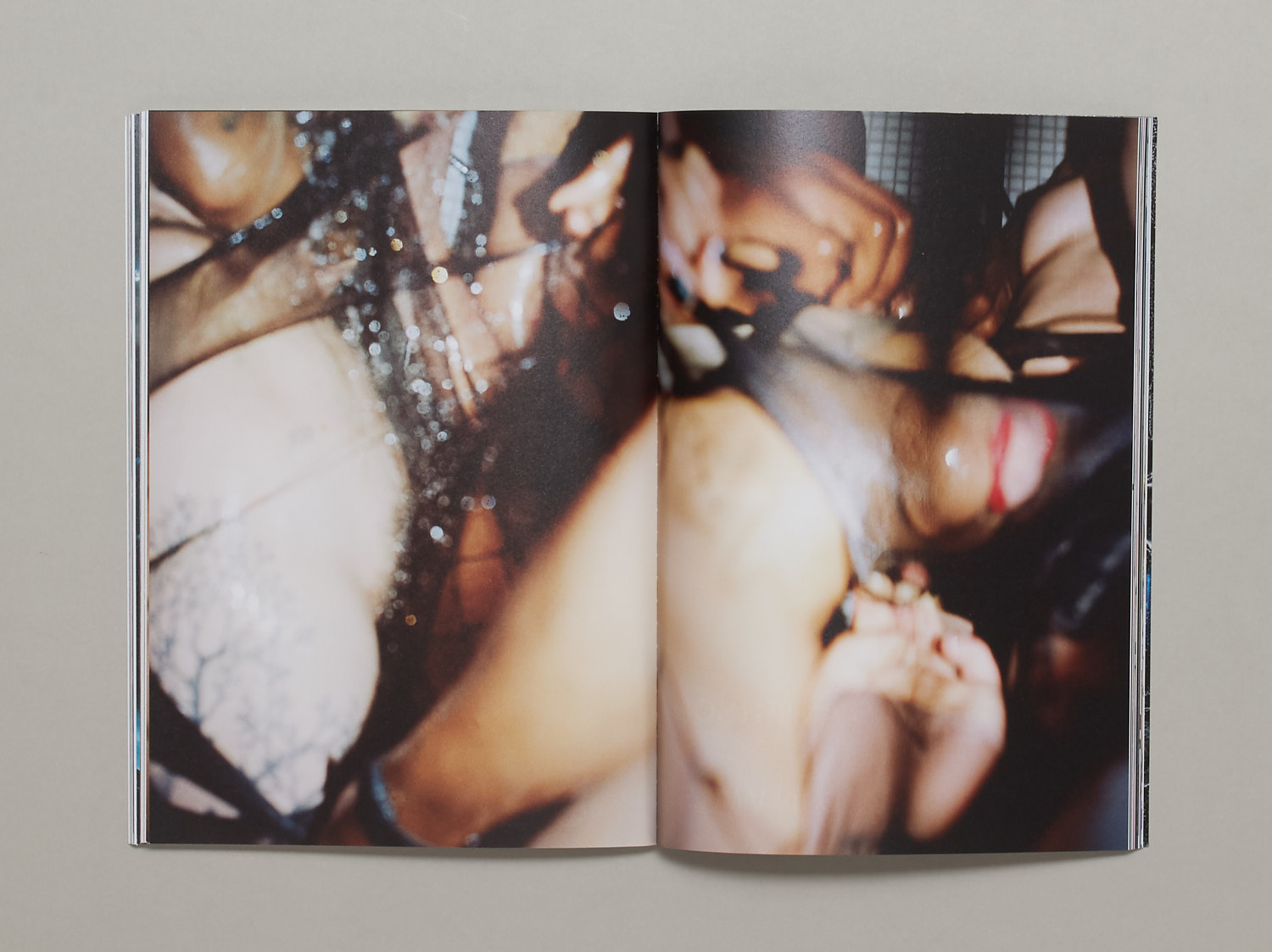 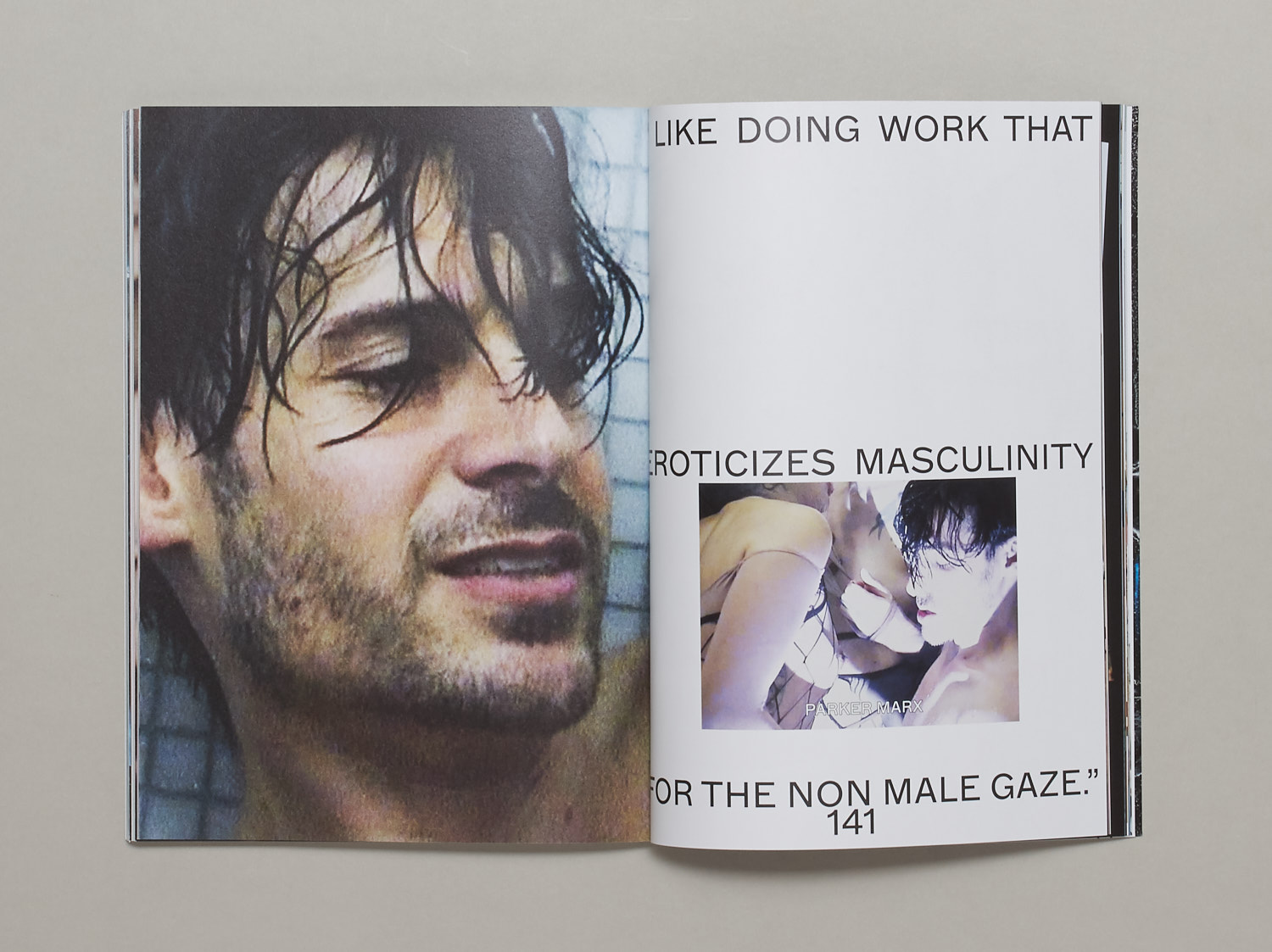 The notion of fetish has come a long way. Anthropology, Marxism, psychoanalysis, feminism. . . . Giorgio Agamben summarizes the history of fetishism with the following: “The map of the journeys of fetishism draws the system of rules that codify a repression of a specific kind for which the theorists on liberation have not yet cared: the repression on objects, by setting the norms of their use.” Framed simply, what is of interest to me regarding fetishes is that they allow us to question the production and circulation of the norms, as well as their transgressions.

What about sexuality? Sexual fetishes are still understood as exceptions, as distortions to the sexual rule. I was wondering if it would not be easier to ask if it is possible to define what sexual normality is. If we follow Haverlock Ellis’ conception of fetishes as pertaining to three categories such as those related to the body, to inanimate objects or to acts and attitudes, one can start to wonder: wouldn’t fetishism be more common and richer than we may think? In our relation to images, sounds (think of ASMR), our fluids (cyprine, sperm, urine . . .), language and sensations (pain)? Fetishism thus crystallizes in a variety of ways. The definition of the verb fetishizing describes it as the attribution of existence and a quasi-magical power to someone or something rather banal. But in this attribution of power, the relation to fetishism is paradoxical. The origin of its power does not lie in whatever turns us on, rather in the relation we maintain with it and in the power we decide to give it. Fetishes emerge in the fetishist’s relation to the world. But at the same time — and this is where fetishism can surprise us — it is through its sacred nature and its power that it transforms the creator into a creature: into a fetishist. Hence, it is not the foot or the shoe that creates a fetish, rather the fetishist who enacts them through their own perception. Also, one had to wait for the balloon to be invented to become a looner, or the invention of camming for certain kinds of financial domination. Thus, fetishism is contextual. It emerges within the history of individuals, groups, and societies in which it is inscribed and through technological developments. Our fetishes have a really social and cultural dimension.

In this issue, they will be unveiled sometimes as domination mechanisms, which reify individuals without their consent, w the tools of hegemonic power. But they will also reveal themselves — to our pleasure — as individual or collective responses to a problematic relation to the world, as emancipatory mechanisms or as creators of meaning, alternatives, and enjoyment — as empowerment.

How do contemporary actors (sex workers, writers, photographers, artists, communities, partners, lovers or long-time friends) seize and stretch the boundaries of what we see as fetishism? I invite you to discover how their points of view allow us to question the power relations, the gender norms, the relation to self and to otherness.